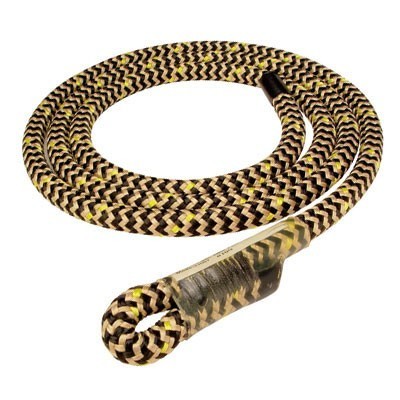 The single-eye split-tail is most similar to the traditional method of snap-tying a rope, but with two twists: The system can be redirected around branches without untying the hitch throughout a climb, and friction wear is isolated to the disposable tail.

There’s nothing for old schoolers to get used to. If you are one of those old-school climbers, watch just one demonstration of the single-eye split-tail and you’ll recognize the value of being able to quickly and safely unclip the climbing line’s end (for redirecting to another crotch) while the split-tail hitch remains tied to the host line—greatly reducing the risk of ever dropping your lifeline to the ground. You can go through an entire day without tying a friction hitch twice.

The second big plus has to do with line preservation. A split-tail eliminates the need to cut off the end of your favorite climbing line every few weeks due to friction wear. Simply replace the split-tail and life is good! If you’re not using a split-tail in your climbing system, consider changing to one of SHERRILLtree’s top picks for increasing production and climbing efficiency.

Save this product for later
Display prices in: CAD